Back to catalog
Lot 70 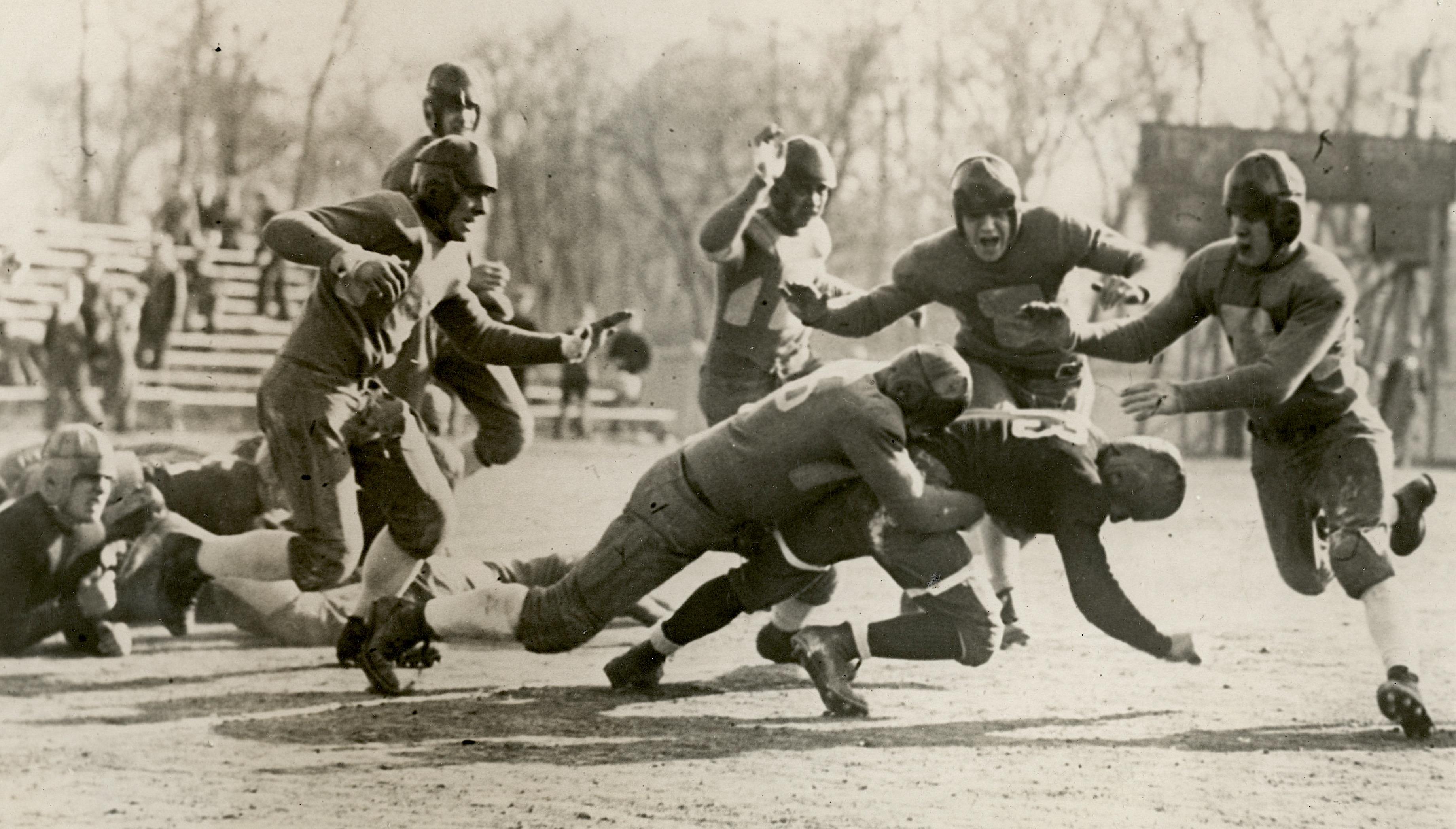 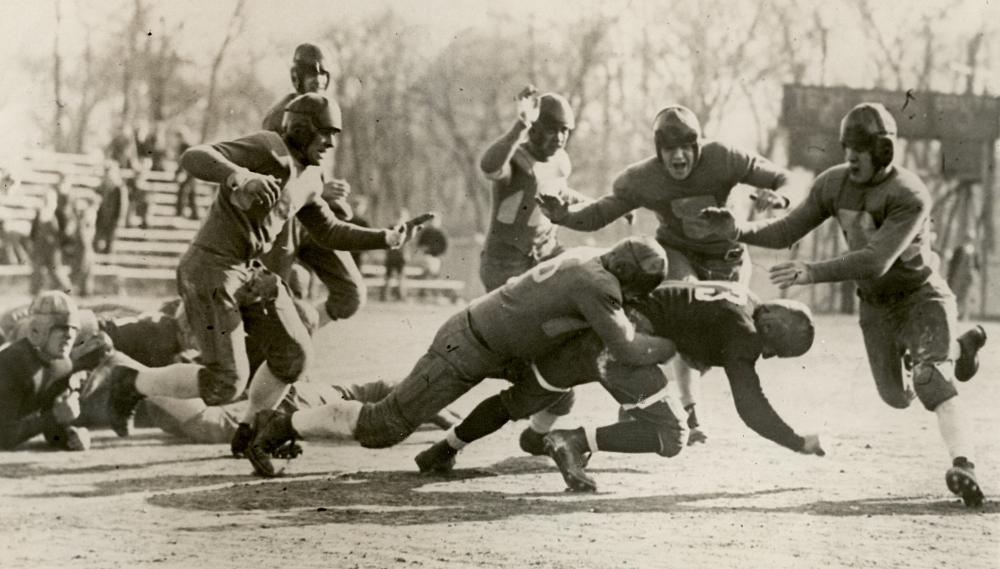 Description: AMERICAN HEROES DURING 1920s - 1930s: College football fully came of age in the 1920s, when it became widely recognized as America’s greatest sporting spectacle. As college football thrived, professional football struggled for respectability. The NFL was formed in the year 1920 with 11 teams. Today American Football is the most popular sport to watch in the United States.

PROVENANCE: This photo has come from an important archive that was collected during more than 10 years. Most of them are by the best media sports photographers in the epoch. Wonderful iconic images during the Golden Age of the modern era of America Football.

FROM WIKIPEDIA: "The modern era of American football can be considered to have begun after the 1932 NFL Playoff game, which was the first indoor game since 1902 and the first American football game to feature hash marks, forward passes anywhere behind the line of scrimmage, and the movement of the goal posts back to the goal line. Other innovations to occur immediately after 1932 were the introduction of the AP Poll in 1934, the tapering of the ends of the football in 1934, the awarding of the first Heisman Trophy in 1935, the first NFL draft in 1936 and the first televised game in 1939. Another important event was the American football game at the 1932 Summer Olympics, which combined with a similar demonstration game at 1933 World's Fair, led to the first College All-Star Game in 1934, which in turn was an important factor in the growth of professional football in the United States. American football's explosion in popularity during the second half of the 20th century can be traced to the 1958 NFL Championship Game, a contest that has been dubbed the "Greatest Game Ever Played". A rival league to the NFL, the American Football League (AFL), began play in 1960; the pressure it put on the senior league led to a merger between the two leagues and the creation of the Super Bowl, which has become the most watched television event in the United States on an annual basis."

IMPORTANCE: Historical photographs are very important. They are a wonderful way to remember what happened in the past. Historians examine them to see what life was like in the period they were shot. Historical photos can yield a lot of information and they are now part of important collections including The Library of Congress, Smithsonian National Museum of Natural History and many National Archives around the world.

ABOUT SHIPPING: The lots of this auction are located in Boca Raton, Fl and their shipment will be provided directly by Artelisted. The shippings will be via USPS First Class or Priority Mail (with a tracking number). The shipping insurance is not included and it is the buyers reponsibility. Ask us if you want to add insurance cost. Note that if there is loss or damage due to bad handling by the transporter, this loss will be assumed only by the buyer

IMPORTANT NOTE: The lots offered in this sale have been selected among many options and always thinking of offering excellent opportunities to the customers. The vast majority are original of the time (unless otherwise indicated). Due to its originality and age, some items may accept a restoration/conservation (at the option of the buyer). We have included images showing its current condition. Do not hesitate to contact us if you have any questions. Enquires are welcome, do not hesitate to contact us at your convenience, we are looking to providing you with an excellent service.